No Green Thumb but a GREEN State of Mind

I am not good with plants.  I cringe when well-meaning friends give me a plant because I fear I will be the death of it.  Seriously.   I often am.

Just late last year I finally killed a hardy plant given me by (then, new) close friends as a Get Well gesture in 2008.  The fact that it survived 7 years was an amazing feat! There for a while I’d thought maybe my black thumb was turning a bit avocado.   No such luck.  It wouldn’t be a big deal except that I feel terrible when I’m responsible for taking a life.   (I love to shoot guns and rifles for example, but my target can’t be breathing.  I’m not criticizing hunters or the sport of hunting – providing it’s not a canned hunt.  However, I draw a definitive line if I or a loved one is in danger; then look out sucker!) 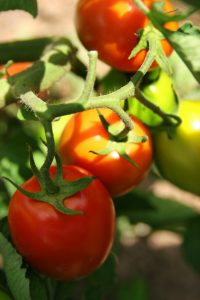 I did have some success container gardening green peppers and cherry tomatoes year before last but in 2015 the torrential Midwest rain kept me from the challenge.   I’d hoped to recreate that success this year but Mother Nature didn’t cooperate.    The oppressive Midwest heat and my schedule were not a cohesive team so, no home grown tomatoes, peppers, etc. in 2016 either.

To make matters worse, I just checked on the last remaining plant in my house, which was a thriving Aloe Vera plant.  It was too large for the baby pot I had it in last year so a few weeks ago, I repotted it.  Succulents, like the now transitioned rubber plant a cousin gave me at Christmas, don’t need a lot of water but they need a lot of light.   We have a cat which means the plant has to be imprisoned in the guestroom where it might get a bit of light throughout the day but its best light exposure is Western.  As you may have guessed, this poor thing isn’t faring well.

OK, back to the point.  I’ve been an eco-conscious person for a few decades.  I remember the TV commercial of my youth with a Native American’s tears rolling down his face upon witnessing the devastation of littering.   One of my sisters has been instrumental in keeping this awareness alive because she was the one who informed me that cigarettes tossed out a car window are not biodegradable.  I’ve never forgotten that and today, all these years later I silently cuss out strangers on the highway who negligently toss lit cigarette butts out their car windows.  What if the person next to them is on a motorcycle, or driving with windows open or driving a convertible?  How about this drought & wildfires?  GGGrrrrrrr. 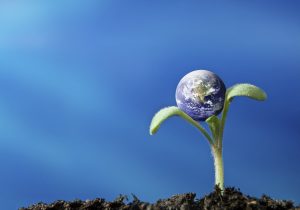 I voted for curbside recycling in our town at least 4 times before it finally came to be a reality.  I’m a huge proponent of recycling and don’t find it a gross inconvenience to help keep America beautiful for future generations. I don’t understand parents who don’t give a damn about our environment.  Yes, I polluted back when I smoked but that’s a thing of the past and has been for more than 15 years.   I feel a little absolved..

When I joined the small company I’m with now, I bought a recycle bin and encourage my colleagues to use it, and to   recycle paper for re-use.   I take the bin home, dump it into our recycling bins and every week my husband hauls them out to the curb (possibly cussing me the whole time- not sure about this.)

I’ve debated the subject of using water bottles within my own mind, for many years.  (It seemed like I consumed more water with the convenience of these bottles.)  BUT they are really overflowing the landfills.  It’s depressing.  I like glass but it’s heavy and breakable so I chose a Klean Kanteen to haul my water around.  To my knowledge, Stainless Steel is still a good alloy and since it’s used in food and medical applications, it’s good enough for me to drink from.

After lots of research on the subject, I chose the AquaGear water pitcher for my countertop.  Most complaints I read concerned the fact that the lid is not securely attached – they are valid.  So, when I pour, I keep my thumb on the lid so it doesn’t fall off.  The water is clean, very fresh tasting and I feel much better than I did drinking water from the tap.  For more information about this product, check out my review here.

AquaGear also makes a drinking straw with filter that fits the Klean Kanteen so I can use any water source on the go and bring the purification system along. 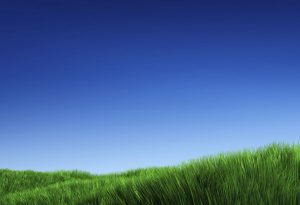 There are a lot of ways we can honor our planet and make decisions that help preserve our natural resources.  I’ll write about these in posts to come.